Internationally renowned jazz vibraphonist Tony Miceli has established himself as one of the primary voices on the mallet instrument, winning hearts and minds wherever he plays. His achievements, however, go much further beyond. A sought-after recording artist, Miceli is an inspired educator who delivers vibraphone master classes the world over, enriching the students of Ireland, Germany, South Korea, Italy, for example, with an accompanying concert finale. Miceli promotes the instrument through his brainchild, vibesworkshop.com, a virtual meeting place and teaching tool for some 4000 student and professional members. He is also the co-creator of the World Vibes Congress, a formal gathering of players who share the desire to bring public awareness to the vibraphone. It is worth noting that Miceli is part of Team Omega, an elite group of vibes players that includes only three others, headliners David Friedman, Joe Locke, and Stefon Harris. At All About Jazz, Victor Schermer describes him as

“... a vibraphonist of astonishing virtuosity, musical resilience,
and inventiveness. His vibes playing is nothing short of
phenomenal.”

Miceli was born in Cincinnati, Ohio in 1960 and grew up in Willingboro, New Jersey. He began to play classical guitar in his youth before later turning to piano, trumpet and drums. It was in college that he and the vibraphone cemented an unbreakable bond of mutual give and take. Philadelphia now claims him as its own as he settled there in 1978 while attending the University of the Arts, where he is now an adjunct associate professor. He also teaches at Temple’s Boyer College of Music and is a guest lecturer at the Curtis Institute of Music. Miceli connects with a growing group of musicians living in the Germantown neighborhood who are revitalizing its jazz scene with local performances, jams and a new recording studio.

Miceli has performed at jazz festivals and clubs too numerous to list.  A partial roll call starts at Hilton Head Island’s Jazz Vibes Showcase in 2019 with Team Omega, then to the Daegu Festival in Daegu, Korea; the International Percussion Festival in Lima, Peru; the Limerick Jazz Festival in Ireland; and the Montreal Jazz Festival.  Closer to home he has played at the Jazz Bridge Concert Series, Peace Day Kickoff, the Rhythm Festival, Please Touch Museum Jazz Festival, all in Philadelphia, as well as those in Media, Reading and Dauphin County, PA, and the Longwood Gardens Festivals.  The Exit Zero Jazz Festival in Cape May, NJ and the Somers Point Jazz Festival in Somers Point, NJ; the Rehoboth Beach Festival in Delaware, and the Vail Colorado Jazz Festival have all hosted Miceli. 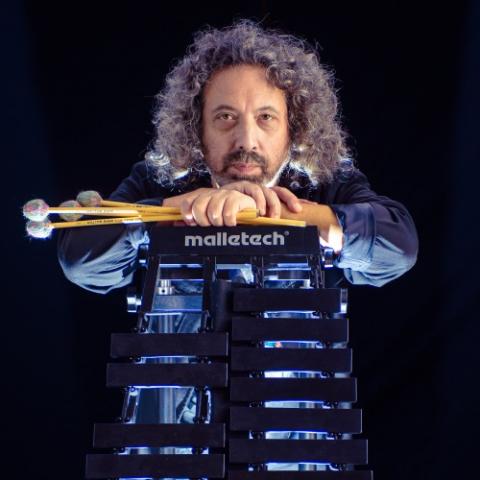