Coming from the "four mallet school", Ed Saindon has developed and continues to refine a pianistic approach to mallet playing which involves a consistent utilization of all four mallets via the Fulcrum Grip, a four mallet grip he developed for vibraphone and marimba playing. Saindon has absorbed and transferred the influences from the piano lineage that stretches from Fats Waller and Art Tatum up to the present. Originally a drummer, he began playing the vibraphone and piano while attending Berklee College of Music in Boston from 1972-1976.

In addition to performing, Saindon's other passion is music education. He is a Professor at Berklee where he has been teaching since 1976 and is also active as a clinician sponsored by Yamaha and Vic Firth. As an author, his book Berklee Practice Method: Vibraphone has been published by Berklee Press and German publisher Advance Music recently issued his new book Exploration in Rhythm, Volume 1, Rhythmic Phrasing in Improvisation.

In addition to writing books, Saindon has authored many articles on music education, jazz theory and improvisation. His articles have appeared in many publications including Down Beat, Percussivive Notes (Percussive Arts Society magazine) and Percussioner International. He is currently the vibraphone and jazz mallet editor for the Percussive Arts Society.

Saindon is active as a composer for his own recordings. His last two recordings as a leader, Key Play with Kenny Werner and Depth of Emotion with Dave Liebman, have featured his compositions. 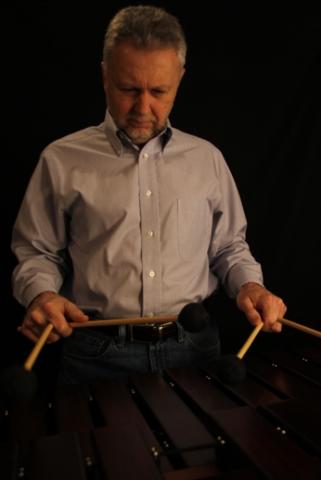